Property or Location in UAE

1 bedroom for rent in Al Sana

1 bedroom for rent in Al Sana

Built over an island and mainland precinct, Al Muneera has spectacular views over the blue waters of the Arabian Gulf to Yas Island and Ferrari World and is located next door to Al Bandar and Al Zeina and just up the coast from Aldar's HQ building.

The project consists of 1,286 apartments available as one, two, three or four bedroom residences. On both the mainland and island there are another 159 homes available as either four-bedroom townhouses or five-bedroom deluxe beachside villas.

The island is the first phase of Al Muneera being handed over to owners, expected to be in early November 2011. The island has a total of 636 apartments in four buildings – Al Rahba 1, Al Rahba 2, Al Maha 1 and Al Maha 2 – plus 64 townhouses and 11 deluxe villas. The residences of the mainland are expected to be handed over in January 2012. The mainland consists of 650 apartments in four buildings – Al Nada 1, Al Nada 2, Al Sana 1 and Al Sana 2 - and 84 four-bedroom townhouses. 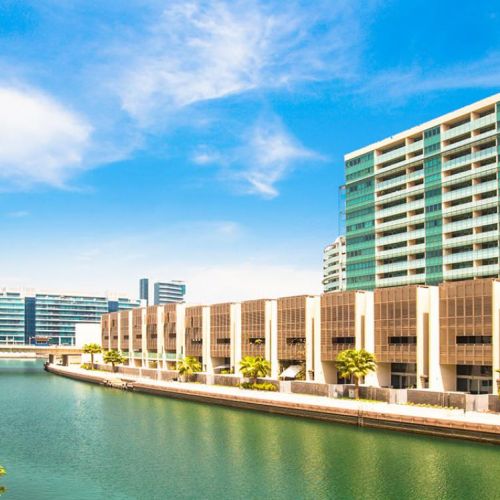